It's Not Always Pink 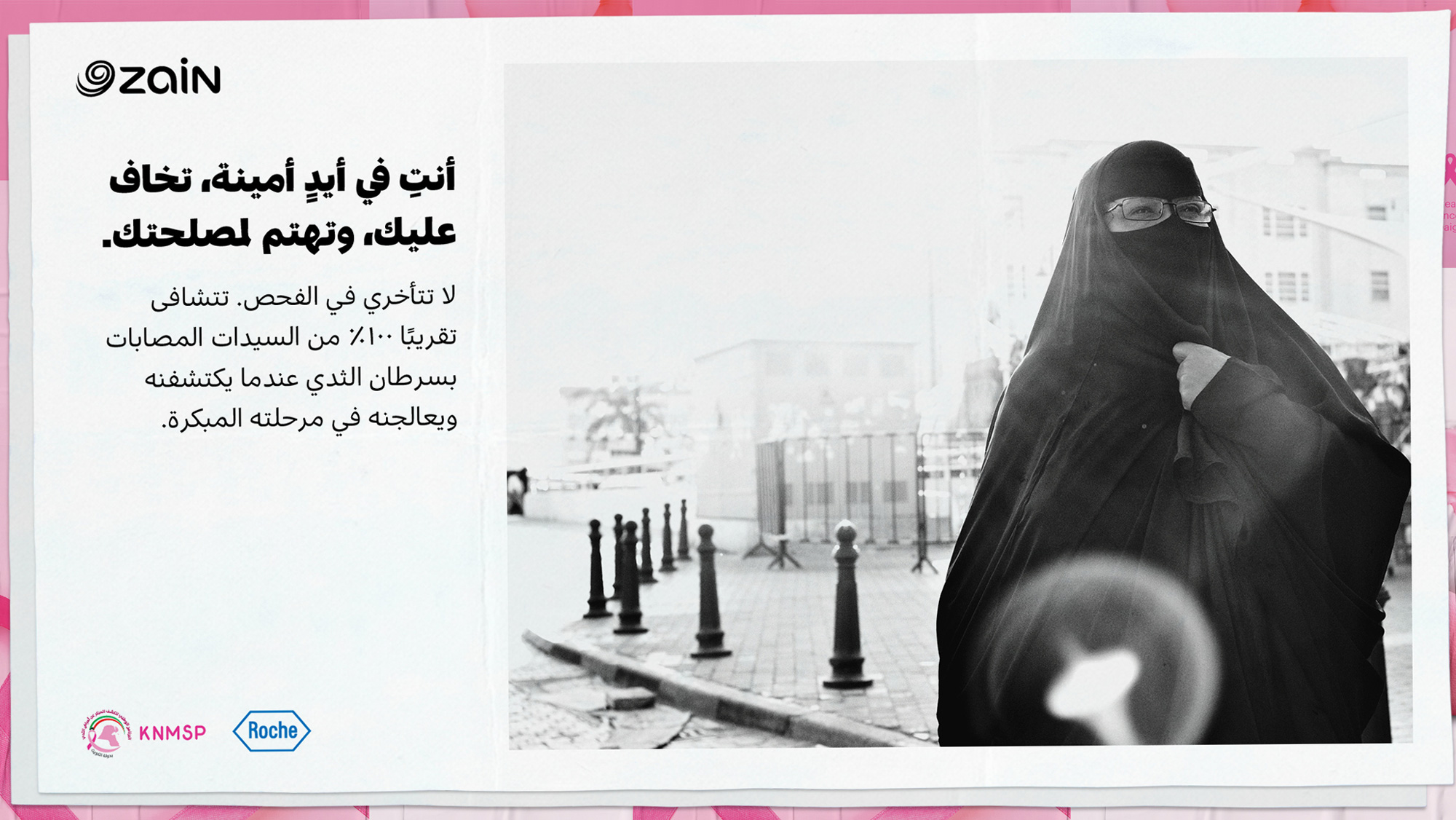 When we were hired to work on Zain’s breast cancer awareness campaign, we immediately thought: there’s no way we’re doing pink. It’s overdone, it's commercialized, it’s gendered, it’s meaningless. A designer’s worst nightmare. But we weren’t fighting the cliché of the color—we just wanted to actually say something different. We wanted the message to be about what really matters. People.

We read books, we looked at old campaigns, we collected some statistics. We did our homework. It turns out that the pink ribbon was never meant to be commercial. In 1991, Charlotte Hayley, a breast cancer patient, put together some peach ribbons with a card that urged her community to wake up legislators—the people responsible for the public.

Representatives from Self Magazine and Estée Lauder soon approached her with the desire to brand the gesture. She turned them down—they were corporations with corporate ideas. So the companies found a legal alternative: they changed Charlotte’s peach ribbon to pink.

Charlotte Haley was a grassroots activist. Her peach ribbons were an effort to start actual conversations—on the ground, in her community.

But if you go further, before the proliferation of branding the cause, breast cancer was kind of unspeakable. Before activism in the ’70’s, women experienced breast cancer privately. There was more shame than social support involved. It took years of women individually speaking out, feminist organizations, and the women’s liberation movement. Years. To be able to talk about having breast cancer. This kind of stigma, the silencing of real experience, is all reinforced by the pink ribbon.

A simple Google search reveals the kind of visuals reinforced by the commercial industry of breast cancer awareness. Everything starts to look the same, and none of it really means anything.

Nothing influenced this project as much as the interviews we had. We talked to people who survived breast cancer, but we also talked to their loved ones. That really set the tone for us. Breast cancer affected everyone involved: the diagnosed, and the people around them. You have this entire network of people with sudden shifts in life.

We made some posters that first hinted at the idea behind the campaign. We kept it simple: black text, white background, and made the posters look like they were sitting on top of a bunch outdated, pink posters. This was our introduction. Not all breast cancer awareness campaigns are pink.

We had limited billboard space for the campaign, but we really wanted to push the work out into the world. So we did it ourselves. We left the office with stacks of posters, walked around, and just plastered the campaign on every corner of Kuwait City.

Because we wanted the campaign to be on-the-ground and everyday, we thought that the images should reflect that. We worked with local photographers to capture daily life in Kuwait. The images were candid, they were real.

Dialogue was really important to us. We made some stickers and pins as an extension of the campaign. They were for the people who worked at Zain, something to be distributed internally. For some time in October, Zain’s employee would have to start the conversation—to acknowledge the elephant in the room. We really wanted this to be something more than an average campaign. We don't care for extravagance. Just an honest conversation.

These little sheets were distributed with four stickers, or two pins attached. We think that in general, the actual people inside these companies that take on projects like these, end up so detached from the message of the work. This was our final push for meaning. The project is over, but the conversations are right there, on people's desks, waiting to be picked up.

Our messaging was really simple. Knowledge is power, and no one is alone in this. Not if there was room to talk.

The history of Arabic script in an interactive children’s book